As stated in the game’s title, in order to solve most of the major puzzles, the player must first find and enter a “hidden library”, a jumble of rooms containing roll doors and books on shelves. The books themselves contain hints to solve the other puzzles. The player’s goal is to find 10 green crystals scattered throughout RHEM, much like the other two games, in order to unlock the passage to a black crystal.

[gr-accordions active=”0″][gr-accordion title=”Little is known about William’s”]Wikipsum wishful wizards want wands Jaman Lal Sharma (1932–2007) was an Indian field hockey player. He was born in Bannu, Pakistan. He won a silver medal at the 1960 Summer Olympics in Rome. Chairman and CEO of IPL Media Inc. for Technology http://www.iplmedia.com/index.html IPL Media was incorporated in 2005 in Alberta, Canada, by Hatim Zaghloul as a publishing house and webdesign agency. Co-founder, Technology Adviser of Infinnet Technologies Ltd. http://www.infinnettechnologies.[/gr-accordion][gr-accordion title=”While teaching and preaching”]Hatim Zaghloul (Arabic: حاتم زغلول‎, Egyptian Arabic, born February 7, 1957) Ph.D., M.Sc., B.E.E. is best known for his inventions, together with his long-time friend, Dr. Michel Fattouche of Wideband Orthogonal Division Multiplexing (WOFDM), and Multi-code Direct-sequence Spread Spectrum (MCDSSS). WOFDM is the foundation for the IEEE 802.11a/g/n technologies whereas MCDSSS helped increase the data rates of code division multiple access (CDMA) technologies as in the CDMA2000 standard.[/gr-accordion][gr-accordion title=”From the sixteenth century until modern times”]Text of the Item #2[/gr-accordion][gr-accordion title=”Twenty-eight sermons”]He was born on February 7, 1957 in the Giza, Egypt. At the age of 22, he received a B.Sc. in Electrical Engineering from Cairo University. He served in the Egyptian Armed Forces during 1980. That year he completed the third year and the mid-term for the fourth year of an applied mathematics degree in Ain Shams University, Cairo, Egypt. He worked for Schlumberger Wireline Services as an oil well logging engineer from 1981 to 1983. He was a Teaching Assistant at the University of Calgary from 1984 to-1989.[/gr-accordion][gr-accordion title=”The Annual Review of Anthropology”]He collaborated on many patents in wireless communications, signal representation and estimation. Based on his patents in WOFDM (Wide-band Orthogonal Frequency Division Multiplexing) he co-founded Wi-LAN Inc. in 1992. In 1997, Dr. Hatim Zaghloul learnt that Hedy Lamarr was never compensated for her invention of frequency hopping spread spectrum. He contacted Hedy Lamarr and signed an agreement giving Wi-LAN Inc. 49% rights to her patent for marketing purposes at an undisclosed sum.[/gr-accordion][gr-accordion title=”According to the Journal Citation Reports”]Based on his collaboration with Dr. Fattouche on Super-Resolution, Dr. Zaghloul also co-founded Cell-Loc Inc. in 1995 (which became Cell-Loc Location Technologies Inc. in 2003), the developer of a family of network-based wireless location products that enable location-sensitive services of people and assets using a small portable device. In 2005, he cofounded with his friend, Dr. Syed Amr Elahamasy, Innovative Products for Life Inc., a technology commercialization company.[/gr-accordion][gr-accordion title=”The Secondary Section”]He has been mentioned in many online and print articles over the past decade. Dr. Zaghloul was named as one of ten great Canadians by MacLean’s magazine in July 2000. Dr. Zaghloul has been named “Calgarian of the Year” by Business in Calgary magazine in 2000. Marianowo is a village in the administrative district of Gmina Sompolno, within Konin County, Greater Poland Voivodeship, in west-central Poland.[/gr-accordion][/gr-accordions] 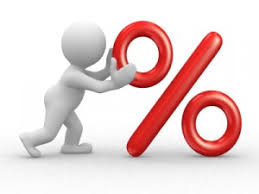